Bleeding Gums Could Be Worse Than You Thought

Is it normal to see some blood after you brush? If you’re brushing your teeth before bed one night and you notice some red after spitting out the toothpaste, should you be concerned? If you rarely see some blood, that can be okay – you may have flossed and/or brushed with just a little too much pressure. But the reality is: your gums should not regularly bleed. If you see this occurring more often, you might have gum disease and if you don’t address the problem, you might start to lose your teeth.

What Is Gum Disease (Periodontal Disease)?

Gum disease is also known as periodontal disease. Your mouth is home to harmful bacteria. They secrete an acid, so when they reside on your teeth, they create cavities. However, these same bacteria can live on your gums instead. They still secrete an acid, which damages your gums and creates gum disease.

Do I Have Gum Disease?

The idea of permanent infections and losing teeth might have you worried. Do you have gum disease? Here are several signs you should be on the lookout for.

At our Hellertown, PA dental office, you can get several treatments to help fight gum disease.

Of course, there are things you can do at home that will help. Bacteria survive by eating tiny particles of food and drink stuck in your mouth. By brushing and flossing regularly, you can get rid of those particles and help keep bacteria under control. Since gum disease is caused by bacteria, it makes sense this would help. Anticavity rinses can also help with this. You should also come into our Hellertown, PA dental office every six months for professional dental cleanings and dental exams. Only a trained dentist like Dr.Hunsicker-Morrissey can spot signs of gum disease early. Plus, our hygienists can help get your teeth cleaner than you can at home.

Our waiting room is now open! Face masks are required for all patients.
How to instantly fix problematic teethBlog 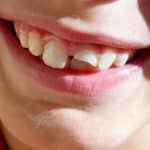 How to Handle Dental EmergenciesBlog