Lasers in Dentistry – What are they used for?

In dentistry, lasers are used in everything from curing your fillings to whitening your teeth. Though lasers have been around for almost a century, we are still just cracking the surface of what they can be used for.

What are lasers? Where did they come from?

The word laser is actually an acronym for “Light Amplification by the Stimulated Emission of Radiation.” We can thank one of the greatest minds to have ever lived for discovering the idea of lasers. Albert Einstein developed the theoretical framework for lasers in 1917. Even with the early theoretical development of the laser, the first real laser was not developed until 1960.

That year, Dr. T. H. Maiman built the first laser using a ruby rod and high-intensity flashlamps. This laser generated a laser that was near infrared power. The laser was also red due to the use of the ruby rod in its construction. Not long after that first laser, scientists were able to greatly increase the intensity by using a glass rod that was dipped in neodymium. By 1961, research into how lasers reacted with biological matter was at a breakneck pace.

The early lasers were found to be useful in retinal surgery, but not much else. It was not until 1964, when Bell Laboratories developed and launched a continuous wave gas laser, that lasers were found to have other surgical capabilities. The CO2 laser (as it is called) was the most powerful laser developed to that point. For a comparison, the first surgical laser developed in 1961 was 694 nm in strength, while the CO2 laser was measured at 10,600 nm in strength – a tremendous jump in power in only three years. The CO2 laser was found to be very effective in cutting biological material. The power of the laser allowed it to basically vaporize the material that it was cutting. This led to precise cuts and minimal blood loss – two things that are preferable during a surgical procedure. Though, it would be another 30 years before lasers would make their way into the field of dentistry.

What Are Dental Lasers Used For?

Today’s lasers are much more versatile than the early lasers were. In the early days, lasers were good at getting rid of material, but not much else. Today’s lasers are able to vaporize biological material, “cure” or harden a dental filling, or activate the whitening properties in a bleaching gel. All of these tasks seem to be uniquely suited to the application of dental lasers. Hellertown Dental Group has incorporated the use of lasers in almost every aspect of our dental practice. We use them for our gum reshaping procedures. The lasers give a clean cut, with little bleeding and almost no pain. Lasers are also a part of our gum disease treatment process. The power of our dental lasers allows us to vaporize the bacteria, and the plaque that produces it, with no pain to you, the patient. We have even begun to use a laser to help strengthen the efficacy of our teeth whitening procedures. A powerful laser is used to activate the Zoom whitening gel we use.

Dental lasers are the future of the field of dentistry. Their uses are seemingly endless. The fact that the pain, amount of trauma, and blood loss are all less make them ideal for almost every surgical procedure you could think of. Call Hellertown Dental Group today if you are interested in pain-free dental procedures that will leave your mouth looking and feeling great. You can reach our Hellertown, PA office at 610-628-9337. You can also use our online form to schedule your appointment. 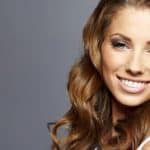 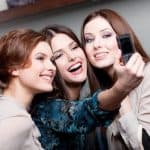 How Cosmetic Dentistry Can Help YouBlog